Brainboost is excited to add another D&D class to its schedule. Dungeons and Dragons is a table-top role playing game that hinges on creativity and imagination. While we battle dragons, settle debts and explore dungeons, you’ll hone your ability to improvise, solve problems, and work with others. How you choose to play and what actions you take will shape both your character and the landscape.

Howe Sound is a region that has remained outside of the influence of the Nine Realms since its establishment. A place where regular winter storms smash against the rocky coastline and bring down trees in the forests. The evergreens grow proud and tall in this region, shading out much of the underbrush in areas, making it a perfect habitat for Amber Dragons. These tempestuous beasts are unpredictable and may be as gentle as a lamb one week and may spontaneously decide to lay waste to a village another.  There are rumours that tribes of elves, orcs, kobolds, and goblins have existed in the forested regions for some time. Though they do not trade with the established villages of the southwest. 75 years ago, a new presence was found in this quiet and often forgotten region of the world. Agatha Strongjaw. After looting the lair of the great wyrm Ashradalon, she needed to hide herself away from any that might direct the Ancient Red Dragons gaze in her direction. It is said that the dragons are always aware of the location of every coin, gem, bauble, and trinket within their horde. She founded a town within the region of Howe Sound, Shawnigan Lake. This town has existed in relative peace for some time, but as of recently a sickness has swept through the town and the residents have sent a missive to the rulers of the Nine Realms for aid. Seeking heroes to come and aid them in their plight, to investigate the nature of this blight, be it sickness or curse, and to put an end to it. A summons has been put out by the council of the Nine Kingdoms, will you answer its call?

Allie has been running D&D games professionally for about a year. With a strong focus on problem solving and roleplay, these games allow players of all levels to play.  Allie has spent many months building a world where players can explore the type of game they’d like to play. This game will allow players to use their imagination as they work together to defeat local foes. Howe Sound is a dynamic world with many quirky characters, like Rollie the Baker! He hands out magic healing cookies to each adventurer who comes to town. 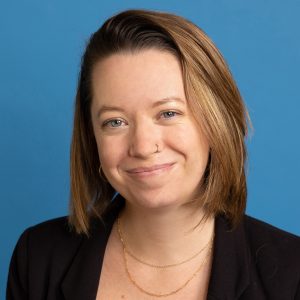 Allie was born and raised in Vancouver, BC. She has a degree in Health Sciences from SFU, but has found that her calling is working with kids. From being a camp counsellor, to a soccer coach, to a tutor she enjoys engaging with kids of all ages in a variety of activities. She enjoys teaching subjects that she struggled with in school, being informed about how different approaches can change the learning experience. Allie also has a love of travel and has been on many adventures all around the world! Allie likes to spend her free time reading graphic novels, drawing, and playing D&D. She brings excitement about learning and growth, partnered with endless patience to the classroom.

What are the dates?
All year: October 5th- June 17th