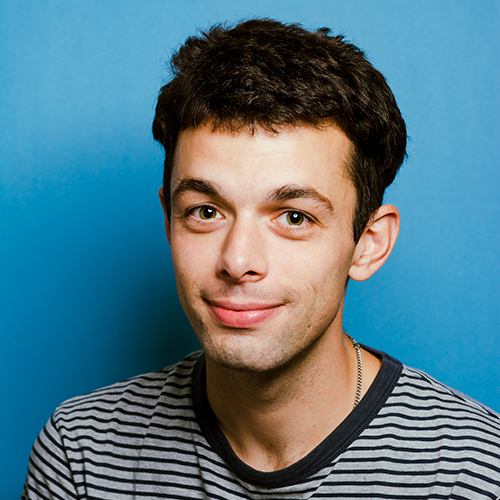 Ben Stephenson is an internationally published author and artist, originally from New Brunswick. His first novel, A Matter of Life and Death Or Something (Douglas & McIntyre, 2012), was nominated for the IMPAC Dublin Literary Award, translated into Spanish and Romanian, and prompted CBC Books to name him one of ‘Ten Canadian Writers to Watch.’ He earned a Bachelor of Fine Arts from NSCAD University, and a Masters of Fine Arts in Creative Writing from UBC. He has taught various art and writing workshops, and he helped to build Word Wrestlers, UBC’s creative writing summer camp for kids. As a teacher he emphasizes the value of experimentation, imagination, collaboration, and play, and loves learning alongside his students and stoking their natural curiosity. In his spare time you’ll find him making books, cooking, drawing, watching the Toronto Raptors, and skateboarding. His most recent book is a self-published collection of stories called Good Dog.